PIDIM works as a Micro Financial Institution (MFI), and has been using Hishab’s solution throughout their business operation since 2018, and finally, they signed the agreement officially. They would also bridge the connection between their borrowers and PIDIM digitally through the Voice User Interface “VUI”.

At this moment, we will launch 2 services.

i) Voice Reporting Service: To enable borrowers of PIDIM to hear their status of loan repayment or saving information.

Those solutions will drastically help PIDIM to save their operation cost and increase their portfolio size by raising borrowers’ satisfaction.

Hishab’s VUI shall act as a Conversational Engine and perform Natural Language Processing which will convert the audio command of Borrowers into text format and thereafter in a format which the system of PIDIM shall process.

From now, PIDIM can manage their customer’s lifecycle to use Hishab’s “VUI”. Also, any users can access their information with the use of technology without any learning curve.

In the future prospects with PIDIM, we will start a Voice Pay pilot with PIDIM and Rocket (Mobile Financial Service provider) soon with around 5 branches of PIDIM.

PIDIM Foundation is an emerging development organization that fosters its development efforts with a concomitant renewal of its commitment to serve the most-needy people through emulation and participation in the broad based network of like-minded NGOs and stakeholders. It working for humanity. PIDIM has made significant progress in its journey of total digital transformation and made its mark as a successful Microfinance Institution.

Hishab is a world leader in telephony-based Conversational AI technology. Hishab holds over 20 patents (including 10 granted patents and 10 patents under prosecution)  in over 29 countries across the world. Hishab’s team is represented by people from 8 different countries across Europe and Asia. German and Norwegian Engineering meets with Japanese and Bangladeshi leadership to bring the world’s MOST innovative solution for the digitalization of the mass across the world. 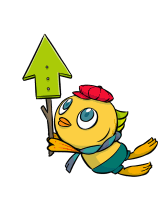